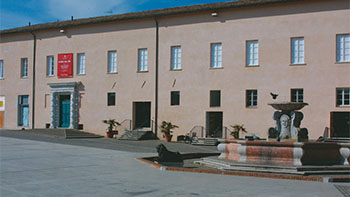 Illustrious guests of the Francesco Maria II Della Rovere, Duke of Urbino, would admire military parades in the square, from the building’s windows.
Inside, a splendid coffered ceiling revokes joyous atmospheres, festivities as well as satiric allusions to political power and culture: the maestro Zuccari paints carnivalesque themes, depicting an imaginary, upside down world, where children, represented by cherubs, command adults, and the poor prevail over the rich. 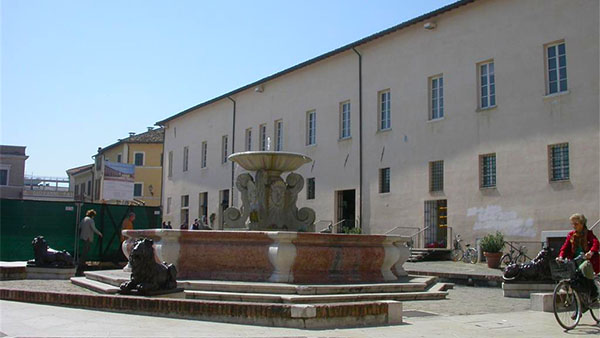 The building faces out onto the eponymous square, named after Giovanni Della Rovere. The Square is unique for Renaissance times, since there is no religious building overlooking it. The so-called 17th century Fontana delle Anatre (fountain of the ducks) was commissioned by Francesco Maria II della Rovere to commemorate the reclamation of the salt marshes.
Ducks symbolise local wet land bird life, whereas the plays of water symbolise control over water, once a carrier of disease, since transformed into a symbol of prosperity. 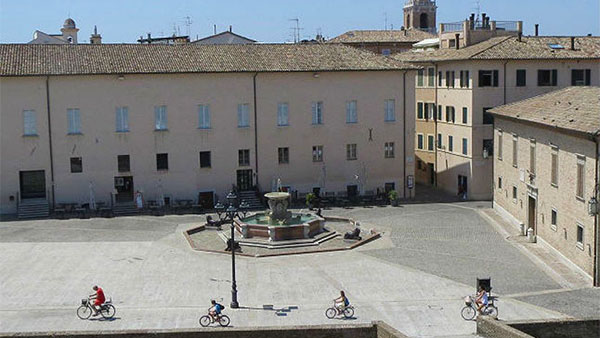