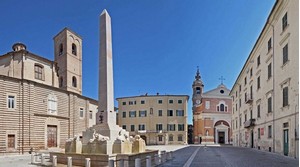 The former church of San Floriano is the city’s most significant, both in historical and religious terms. It was once the venue of some of the most important public ceremonies, including the presentation of the Palio competition by Jesi’s Castles on the 4th of May, as a sign of their submission to the city. In memory of this ancient tradition, the Palio di San Floriano is held in the historic centre, each year on the weekend after the 4th May. 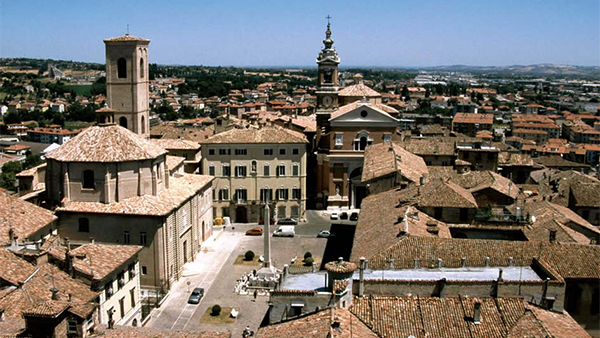 Today the church houses the Valeria Moriconi Theatre Studio, whereas the convent building contains the Study Centre, also named after the Jesi-born actress.
Legend has it that Frederick II of Swabia was born here on Boxing day in 1194, under a large pavilion specially erected for the occasion. The event is commemorated by a plaque written in several languages, on the façade of Palazzo Ripanti.