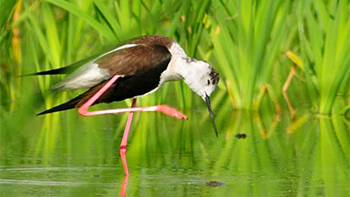 Until the mid 1980s, this was the home to Jesi’s landfill site along with a neighbouring gravel quarry, relentlessly animated by diggers and trucks at work.
Human activity subsided during the early 1990s and the landfill site was reclaimed. A colony of night herons spontaneously settled, initially along the river banks, and then on the shores of the quarry lake, after the quarry was closed. 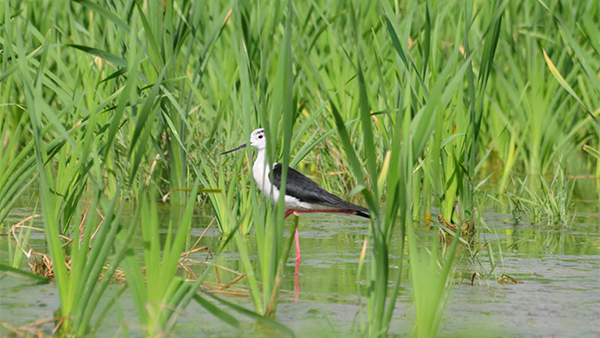 Sergio Romagnoli was the first to notice these new inhabitants. Together with other WWF members and Jesi naturalists, he resolved to conserve this important habitat.The reserve has since become an invaluable naturalistic site, inhabited by numerous bird species which have nested here, indeed there are over 100 heron’s nests, not to mention the black winged stilt, as seen in the photo.
Don’t forget your binoculars when you visit the Reserve! You’ll be able to spot sparrow hawks, owls and hoopoes from our bird watching huts.