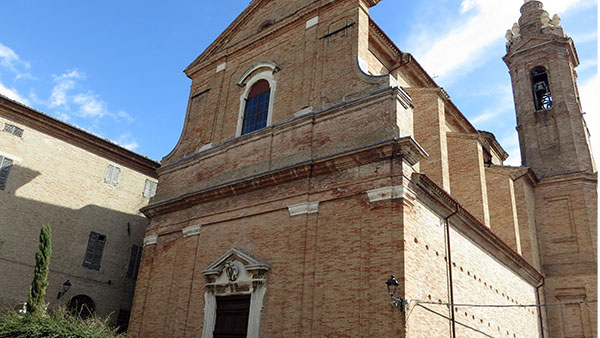 The Diocesan Sanctuary of Saint Maria Goretti is located on the summit of the historic centre and is easily identifiable in virtue of the Church of Sant’Agostino bell tower which soars above Corinaldo’s roof tops.
The remains of the Saint’s mother, Assunta, who died in Corinaldo in 1954, are located to the left of the entrance, whereas to the right we have those of Alessandro Serenelli. A silver urn containing a bone from the Saint’s arm is positioned next to a wooden sculpture of Saint Maria Goretti  on the central altar in white Carrara marble, the very arm with which the Martyr attempted to defend herself from her aggressor, Alessandro Serenelli. 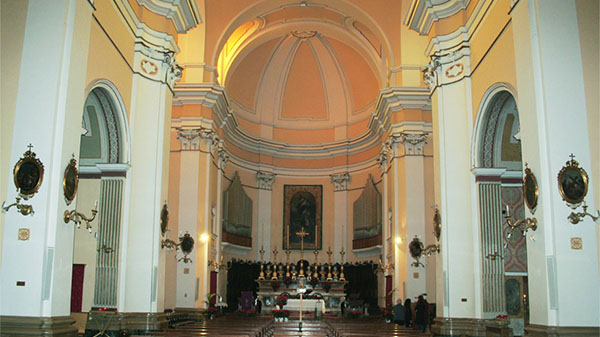 To the right of the entrance, in the Parish Church of San Francesco, there is a small white Carrara marble statue dedicated to Saint Maria Goretti, in front of a bust of Pope Pious XII, who beatified her on the 27th April 1947 and consecrated her on 24th June 1950. The door leads on to the baptistery, where to the right we see the baptismal font, beneath a round glass window, where the Saint was baptised on 17th October 1890