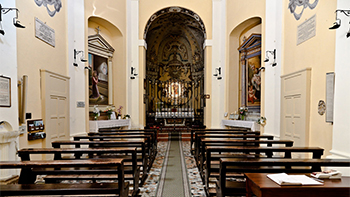 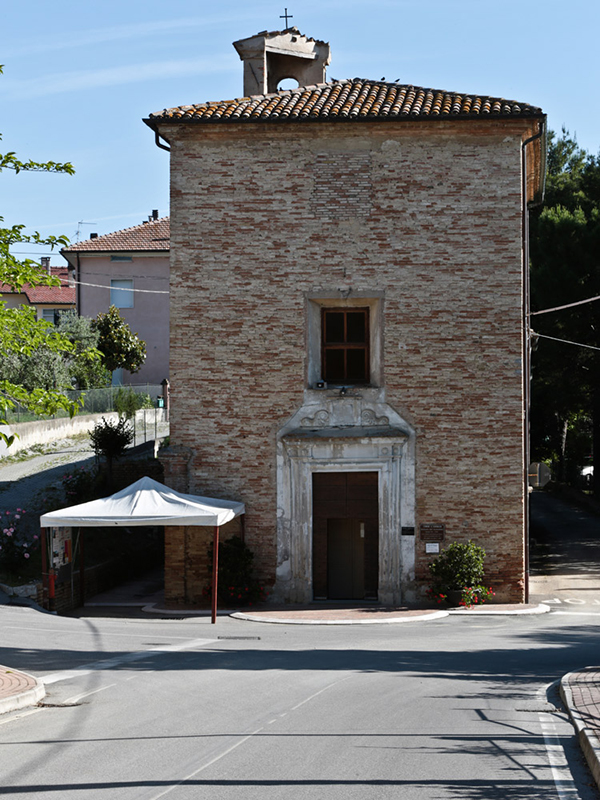 Constructed around a statuette, originally as a small church. The sheer number of worshippers and pilgrims which flocked to adore the sacred and miraculous image convinced the Gonfalon fraternity to erect a caretaker’s residence and a shelter for pilgrims, later transformed into a church.
Once a small stream flowed in front of it, channelled into a well inside the church, the site of miraculous healing episodes. Prelates, cardinals, princes and the humblest of men would all flock to venerate this sacred image, drink and wash in these prodigious waters. 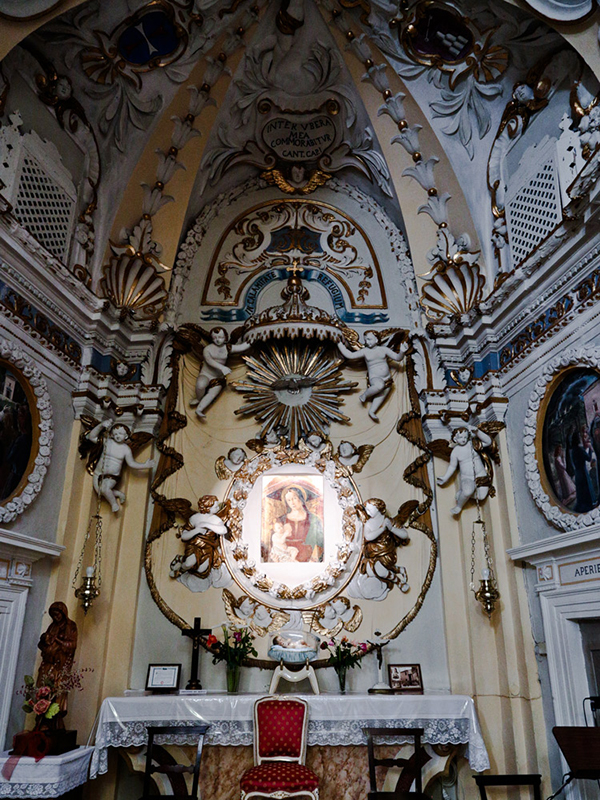 This is the church where Saint Maria Goretti went to pray.
The fresco of the Nursing Madonna is located above the main altar and was restored in 2007, bringing to light two repaintings, including a primitive image of the Madonna dating back to the late Renaissance, of the Umbrian School, which Pinturicchio probably belonged to.