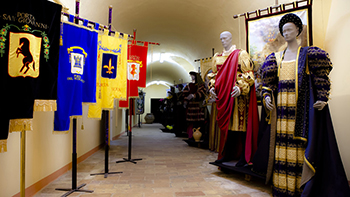 Located in the rooms next to the Town Hall. A small museum brimming with Medieval colours and perfumes. Ducal costumes are conserved here, faithfully recreated to dress the Duke and Duchess of Urbino on occasion of the historic re-enactment of the Dispute of the Polenta Well, held in Corinaldo on the third weekend of July for over thirty years now. 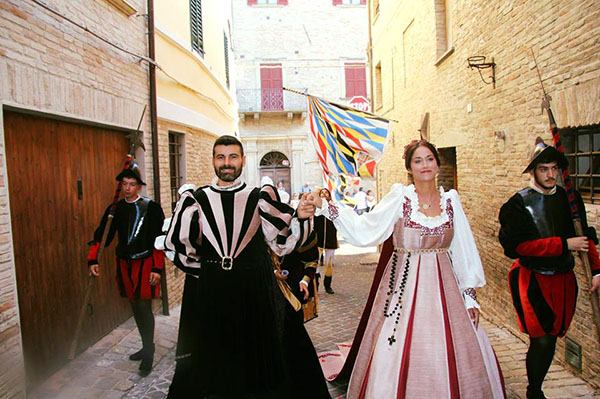 Garments are made from scratch each year by the district which won last year’s Palio, are worn only once, on occasion of the parade, after which they are placed on display in this hall which faithfully documents the evolution of the 16th century costume. Also on display in this hall we have equipment for the processing of fabrics, as well as reconstructions of Medieval arms and armours. 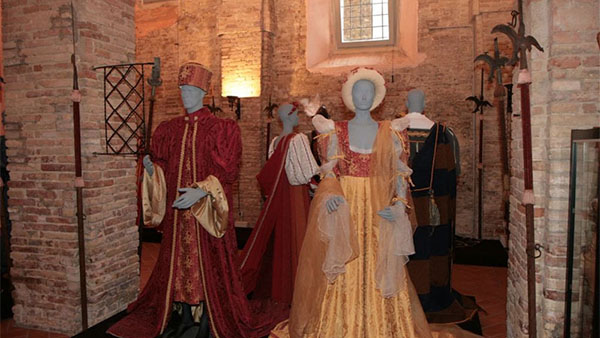